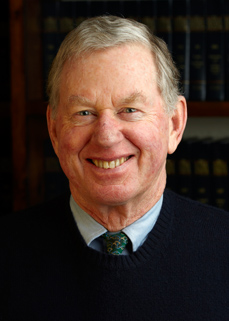 William L. "Dusty" Slover has practiced law in Washington, D.C. continuously for more than 50 years and remains active in selected engagements.  He was admitted to practice before the Interstate Commerce Commission (ICC) in 1963 and is one of the nation's foremost authorities on surface transportation law.

Mr. Slover represents clients in a wide range of surface transportation law matters.  He served as lead counsel for coal consumers in the seminal Coal Rate Guidelines Case.  He has argued and won numerous cases in United States Circuit Courts.  He was counsel to Ralph Nader in the cigarette smoking litigation of the 1970s which culminated successfully with the federal regulation of cigarette smoking in interstate commerce.  He also has extensive experience in commercial contract law including contract negotiation, preparation, and litigation primarily in connection with fuel supply and energy transactions.  For many years, he was the Department of Transportation Editor of the Journal of Transportation Law.

Chief Counsel for the City of San Antonio, Texas in railroad transportation litigation in which the City won the largest monetary award in the 100 year history of the ICC.

Special counsel for the State of New York in every major eastern railroad merger case.

United States Courts of Appeal for the District of Columbia, Fifth, Eighth, Ninth and Federal Circuits

United States District Court for the District of Columbia