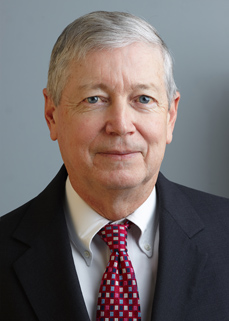 John LeSeur started at Slover & Loftus LLP as a law clerk in 1977; he became an associate with the firm in 1979; and he joined the firm as a partner in 1985.  Over the past thirty years, Mr. LeSeur has successfully represented firm clients in matters involving railroad transportation, motor carrier transportation, coal supply, and environmental compliance.  These matters have spanned all of the firm’s major practice areas.

Successfully served as lead counsel for a coal shipper in confidential commercial arbitration that produced an award valued at over $250 million.

Successfully served as lead counsel for the shipper party in the PSO Arbitration proceedings before an arbitration board, and in subsequent appeals in federal courts, where the shipper defeated a claim for monetary recovery under a coal transportation contract and obtained an award of appellate attorneys fees against the involved rail carrier under a precedent setting application of state contact law to shift fees in post-award proceedings in federal court.

Successfully served as lead counsel for the rail shipper in the Missouri Mining v. ICC case proceedings before the Interstate Commerce Commission (“ICC”), and the United States Court of Appeals for the Eighth Circuit, where the ICC set the standards governing regulatory review of the construction of new common carrier rail access lines to serve rail utility generating stations.

Successfully served as lead counsel for a consortium of coal shippers in the Coal Dust Case where the STB in 2011 found that a rail carrier’s publication of coal dust rules constituted an unreasonable practice.

Successfully represented clients to ensure that Congress did not eliminate protections for captive rail shippers when Congress sunset the ICC, and created the STB.

Successfully served as lead counsel of a municipality in the City of Sikeston, Missouri Case where, as requested by the municipality, a railroad withdrew a request to dramatically increase rail traffic running through the municipality.