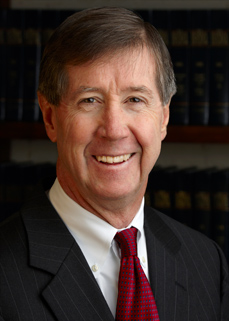 Mr. Loftus represents clients on a wide variety of transportation matters both in commercial transactions and before the Surface Transportation Board, federal and state courts and in arbitration and mediation proceedings.  Agency matters he has handled include cases challenging the reasonableness of rail carrier rates, competitive access issues, rail merger proceedings, fuel surcharge issues, rail equipment leases, demurrage issues, determinations of common carrier status, and rail spur permitting and constructions, among many other issues.  Court litigations and arbitration or mediation matters have typically involved rate, rate adjustment, liquidated damages, force majeure, service or other terms of contracts for rail or other modes of transportation; and price, change of law or other price adjustment, quality, force majeure or other terms of coal or other fuel purchase agreements.  His commercial practice has involved numerous engagements assisting clients with negotiation, renegotiation and administration of, rail transportation contracts or common carrier arrangements and fuel supply contracts.

Successfully represented major coal company in obtaining determination from Surface Transportation Board that acquisition of various interests in rail lines serving mines would not render company a common carrier railroad.

Successfully represented major intermodal logistics company in arbitration involving claims of breach of contract for violation of service commitments and other obligations.

U.S. Court of Appeals for the Fourth Circuit

U.S. Court of Appeals for the District of Columbia Circuit

Various other U.S. Courts of Appeals

U.S. District Court for the District of Maryland

**Information on this website is not a substitute for client specific legal advice and should not be relied upon.  Each case or transaction is different and Mr. Loftus' prior experience is not an assurance that he will be successful in reaching a favorable result in any future matter.